I didn’t really take many photos this past week and there will certainly be other weeks like that.  In order to keep us all visually stimulated I will share past photos you may not have seen randomly in blogs like this one.  For example, our cover image today is a lighthouse in Howth, Ireland, just outside of Dublin.  Luke and I visited there in 2015.  He was there for a work trip for Salesforce and I was tagging along for a sightseeing vacation.  We took the train out to this seaport one day.  It was grey and rainy, but we were still charmed.

There are plenty of things to be outraged or upset about, but if you’re not doing anything to actually help the situation, is it helpful to rant about it online.  It seems like everyone thinks that spreading their outrage all of over the internet gives them some power over it and makes them feel like they have done good.  But is it helpful to anyone at all.  I wonder why people do this.  I wonder if they think that by complaining about it and getting others to agree, it will give them some power over the situation.  I suppose in some cases it may lead to a group forming a grassroots organization that is capable of initiating change.  I think that this is not what most people envision though when they begin furiously typing.  Luke thinks that people do this in order to show off “look how smart I am with my opinions on current events.”  Maybe we just all feel like it’s a good place to put those worries and concerns as we feel we need to do something with them.  Am I doing this exact thing with this blog at times?  I don’t really know why people seem to do this so often, but I know they have their reasons and my guess is that a provides a very instant reward for those who do engage in this behavior.  However, it does get discouraging to open up social media apps in hopes of seeing delightful images or inspiring points of view and instead be awash in complaints about whatever is going on with a certain business or powerful person or political issue.  What got me thinking about all this was a day of people in my Mastodon feed outraged because they just discovered that their Adobe editing programs were collecting their images in order to improve their AI machine learning.  Honestly, what entity does not collect data from each one of us in some form in order to improve their products, profits, and marketing?  I think this is just how things work generally now.

Here is a photo at sunset on top of a mountain outside of San Francisco.  We don’t remember the name of the hike or area.  Perhaps it wasn’t even a mountain, but just a big hill.  It doesn’t matter, it was a beautiful sunset with a view of the bay and city skyline below.  We heard coyotes howling on our walk back down and so I carried a stick because I’m a ninny who is perhaps irrationally afraid of wild animals attacking in the dark.

I watched the Letterman interview with Zelensky this past week and it was beautiful.  He interviewed him in Kyviv on a subway platform they converted into a stage.  They each wore a translation device.  There were trains passing that they had to struggle to talk and hear over.  Zelensky was passionate about defending his country and democracy as a whole as he realizes that what happens in Ukraine sends a message and sets a precedent for other hopeful autocracies.  I thought he seemed like a wonderful hero of a leader who will be remembered long into human history.  At one point, the air raid siren sounded and Lettermen looked worried, but Zelensky assured him that this is just part of daily life and they were safe underground.  The points in the interview that stuck with me most were when Zelensky talked about the impact on children there and when he discussed how everyone who chose to stay and fight had to struggle to maintain their humanity during the course of a long battle.

Here is a photo of the milky way over Arches National Park in Moab in 2019.  It’s noisier than I would like it to be, but it’s probably because my skills and my eye has improved since then.

We lost power for a bit this past week and heard it would be out for awhile so we packed up our stuff and went back to our RV.  We were excited that we are specifically equipped to live comfortably in it even when we don’t have power.  We had just cooked dinner and were planning to settle in for the evening when the power came back on.  We did discover that we have a water leak.  When we turned on the water it started pouring out the hitch in front which is strange.  We discovered that we seem to have a loose pipe going to the laundry hookups which we have not and will never use.  Luckily, we spotted it right away and turned off the water.  Luke was able to fix it pretty quickly though with just a couple of runs to the hardware store.

Here’s a classic shot of Monument Valley from 2019.  If you hang out in this spot for a bit, you will likely see tourists trying to recreate the famous scene when Forest Gump ran through here.

The tablet that controls all of the electrical systems in our rig stopped working.  It’s nice that we are living somewhere else for the time being so I don’t have to stress if it takes some time to replace.  The closest dealership is 5 hours away and all that needs to happen is to get a new tablet and plug it in which a child could do.  I am trying to get them to just send a new one to us under our warranty if I send them the old broken one first.  I would think this would be a simple process, but of course it’s not.  Jayco says they cannot cover it under warranty unless we bring the RV to a dealership to have it replaced.  If we were to buy this cheap Android tablet ourselves without the warranty, they say it costs $600.  Every single aspect of this is ludicrous and it makes me want to force them to change or flex their policy for this easy fix.  However, just because we have been able to get the company to do the right thing for us in the past, this is not a power I want to over-use.  I think we’re just going to try ordering a cheap tablet online and replacing it by ourselves to see if it’s as easy as that before we go further.  I told Luke I wanted to save our powers for a repair we may need one day worth more than $600.

In keeping with the Southwest theme, here’s a photo of the Union Pacific railroad car left behind out in the middle of nowhere from somewhere outside of Moab, Utah.

I have started reading a book about effective altruism.  I find it interesting.  It’s basically about how we are the richest country in the world and have the power to give to the rest of the 90% who struggle.  However, it is far better to give when you know you are doing so effectively.  There are so many wonderful charities out there though many don’t really tell you what your money specifically did  for others and many do not measure the impact their giving has had to see if it is even helpful, or perhaps making the situation worse.  Many of the things I’m reading about are not concepts I had really spent time thinking about before, but I’m sure I will be thinking about it quite a bit for at least the next couple of weeks.  I do really enjoy reading and it’s a great winter activities when it’s cold out and the nights are longer.

Here’s a photo from a Holi festival Luke and I attended in 2019.  Nowadays, every time I see someone showing this much glee or joy in public, I compliment them on their ability to embrace and exhibit this kind of joy and tell them how joyful it made me feel to witness it.

Off Grid Living in Las Ciengas 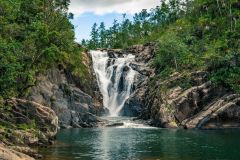 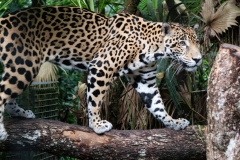 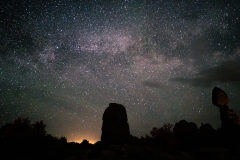 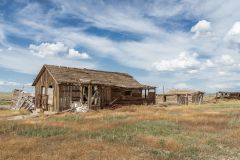 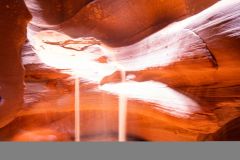 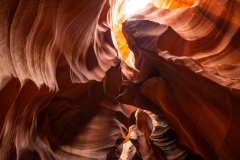 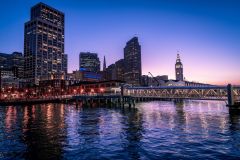 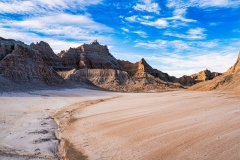 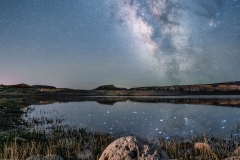