This week has some changes as more of my co-workers left or had their last day of work and are preparing to leave.  We also had some new people join the team this week that I am just beginning to get to know.  We learned some things about our town of Escalante and attended the rodeo in town to celebrate Pioneer Day which is a big holiday around here.  We’ve had some more stormy afternoons, but no big monsoons with significant flash flooding again yet.  At least we get a lot of rainbows.

I shall begin with the Box Death Hollow Wilderness area.  This is another one of those spots near us that takes your breath away every time you see it.  There are only two wilderness trails in this area that are super challenging, but luckily for us, there are spectacular views of this canyon surrounding the Escalante River on Hell’s Backbone road in the Dixie National Forest.  If you follow my husband Luke at all, you have seen some recent posts he has made with drone photos and the history of this area and the road passing over it.  This wilderness area acquired its name due to the large numbers of livestock that plunged to their death attempting to cross the canyon.  Hell’s Backbone Road is a gravel, occasionally graded, road running between Boulder and Escalante, Utah up through Boulder Mountain and the Dixie National Forest.  It was built by the Civilian Conservation Corps during the Great Depression. This road is known to be one of the most scenic backways in Southern Utah with a narrow one lane Hogsback featuring steep canyon cliffs on either side.  For more information about what a Hogsback is or who the Civilian Conservation Corps are check out Luke MacNeil on Facebook as he did extensive research on this road and posted about it with his photos.  We have enjoyed escaping to this area during the heat of mid-summer as the mountains and forest provide refreshingly cooler temps.  There are also several lakes and creeks up there that our dogs love to run and play in.  You may also recall that this is where I went tent camping last week.  If I do that again, I will definitely bring a weapon as I spent a majority of the night scared that a bear or mountain lion would come into our campsite and eat us.  The cliffs here are made up of primarily grey and orange Navajo sandstone.  In the fading light at the end of the day, they look pink and white and are quite the sight.

I have a new goal for while I’m here in this area.  I learned that Buffalo Bill from Silence of the Lambs owns an eatery in town and sometimes cooks there.  This information was hard to verify as he obviously does not want to be bothered and is trying to lead a quiet non-celebrity life in town.  However, if I could have Buffalo Bill serve me a hot dog I would be oh-so happy.  I hear he has a dog too.  I hope that he has named it Precious.

Onto the changes in our social circle here.  My good friend and next door neighbor Marisol has taken a new job as a cook in the neighboring town of Boulder.  Though it is an adjacent town, you still need to drive 40 minutes on butt-clenching cliffy windy roads to get there so we really won’t see each other nearly as often.  She and I have enjoyed cooking for each other and gossiping outside in our lawn chairs and I’m sure we will continue to do this less frequently through the rest of the summer.  Here she is with our other friend Gabby (who is thankfully not leaving).

I also introduce you to Laz and Parker as they prepare to leave.  They are a sweet young couple here who have been working as housekeeping supervisors while living as nomads in their van with two cats.

I have been a bit surprised by how many young people we have here living the nomad life.  I do wonder if it has anything to do with the disenfranchisement young people have been feeling for many years as they realize that a college education will not in many cases provide them with a comfortable salary.  Laz has been a nomad since 2020 when she was in college and a close friend convinced her to move to North Carolina to work seasonally with her as a river rafting guide.  She was nervous about the training at first as she had never done anything like this, but quickly came to love the Nantahala River with its class 1-3 rapids.  She said that many people discouraged her from starting a nomadic life at 19 as a single female, but it just made her more determined to do so.  Her partner Parker was also a nearby river guide and nomad and they met at a “hippy party in the woods”.  Parker has been a nomad since 2015 and was also encouraged by a friend to become a river guide and join the lifestyle.  He and his friend lived in a tent for 5 months and at that time he discovered a love of nature.  They purchased their van in early 2021 and Parker did most of the modifications to it.  Their van has a full bed, a chest style fridge and freezer, a sink with a foot pump, and a  two burner stove with a propane tank in the cabinet under it. They also have a foldable toilet with compostable bags for it, but do not use it often as there is no private space for it and there are luxurious bathhouses here.  They both enjoy cooking a lot and eat mainly a vegetarian menu.  Parker feels like the best upgrade they have made to their van has been the solar panels.  He has 200 watts on the roof and a 200 amp hour gel battery and is planning to upgrade to 400 watts and a lithium battery soon.  Laz feels like the best upgrade is the countertops in the kitchen as they are easy to clean and improve the appearance of the space quite a bit.

They love their two cats Marge and Sativa, but admit that living with two cats in a small space offers challenges as it limits how long they can be gone on hikes.  Laz also shares that she is constantly sweeping up fur and kitty litter.  They plan to be nomads long term and are content with the idea that they will likely never have a lot of money.  They are happy that they can travel and be in places surrounded by nature that are beautiful to explore.  They hope to eventually buy a piece of land in a place with a long growing season where they can homestead and grow their own food.  Laz and Parker have had adventures in several states already and share that they were most impressed with the landscape at Zion National Park and the sunsets they saw in Florida.  They leave in about a week to travel for a month or two visiting family before finding their next seasonal job somewhere in the south.

Another couple leaves this week for better paying jobs in their home state of South Dakota.  I never got to know them well, but we will follow each other’s journeys on social media as they are photographers as well.  We have 5 new people who joined the team this week and I have new neighbors next to me so there will be new friends in our community soon I’m sure.

Pioneer Day in Utah is an unofficial holiday commemorating the day that Brigham Young and the first group of mormon pioneers entered the Salt Lake Valley in 1847 to settle here.  They treat it like the fourth of July with parades, street vendors, and fireworks.  It is not just an LDS holiday, but a day when everyone who emigrated to Utah celebrates their pioneering spirit in doing so.  Escalante canceled fireworks this year due to the drought, but they did have a rodeo.  I know I said I probably wouldn’t attend a rodeo again, but I did for a few reasons.  First, I learned that the flank strap used to make the animals buck does not harm or hurt the animal.  It makes them buck as it is something they are not used to wearing so it is uncomfortable, but not painful.  Like a scratchy tag on the back of your shirt.  You will notice it and try to get it off, but it will not hurt you.  Also, three of my co-workers who are locals were competing in an event called the Sweetheart relay.  In this event, two participants run the arena to a barrel that has a dress on it.  They have to stand on the barrel and put the dress on.  Once they have the dress fully on their partners on horses are signaled and they race down the arena to them.  The horses do not stop and the runners in huge billowing dresses jump onto the horse and hang onto their partner for dear life as they race back to the starting point of the ring.  Clearly, this is a different sort of rodeo from the one we had seen before.  The other new event we watched was Wild Cow Milking.  I will let you surmise on your own what this event was like.  McCall and Mazee were runners in the sweetheart relay and Keara was one of the riders.  They did so well despite McCall’s barrel tipping over while she tried to jump on her horse.  Taking photos was difficult as it was a night rodeo so the lighting is poor, but it was fun to watch and we got a few that turned out well.

If you’re ever in Escalante in late July, you should definitely attend the rodeo here.  It’s filled with friendly people and small town charm.  I realized after taking some pictures with people that I missed doing this so I have some ideas for styled photo shoots and some friends here that are excited to join in.  The hardest part of scheduling things with co-workers is that one of us is always working though so this may take a while to pull off.

Quarantine in an RV 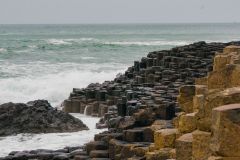 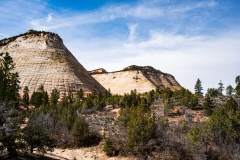 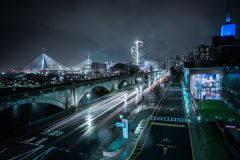 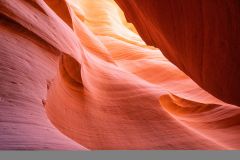 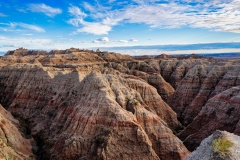 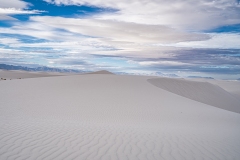 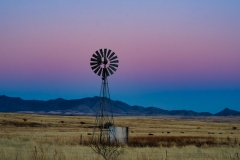 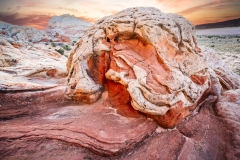